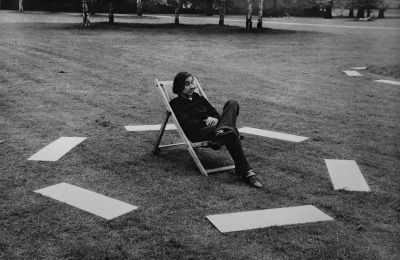 Lives in Berlin (DE), lives in Brussels (BE), lives in Los Angeles (US), born in Buenos Aires (AR).

The Argentinian artist David Lamelas (°1946, Buenos Aires) is one of the pioneers of the innovations of the 60s and 70s, whereby the status of art was redefined. He analyses the work of art as a means of communication, relating art to information as it is disseminated through the media such as newspapers, radio and television. He also critiques the passive role that the mass media imposes on the public and constantly works in a spirit of social engagement.

His early work is related to minimal art, although popular culture is also a starting point. Later work features "site-specific" sculptural installations, in which Lamelas disrupts the convention of the autonomous artwork. Time and again, Lamelas reconceives art as a critical practice by using mass media and the communication tools.

Lamelas played an important role in the late 1960s as a go-between between the Antwerp-Brussels situation with Marcel Broodthaers, the London scene around John Latham and Parisian thought with Daniel Buren. He exhibited several times at Gallery Wide White Space in Antwerp and was also invited by them to Prospecta in Düsseldorf, a contact made by Marcel Broodthaers after seeing the famous work by Lamelas at the 1968 Venice biennale, in the Argentinian pavilion, where, in a room behind a glass partition, a telex supplies the latest news of the Vietnam War, which is also periodically read aloud.

David Lamelas, like Joseph Beuys, James Lee Byars, Robert Filliou, Orlan and Antoni Muntadas, is a witness and testimony to the key role Antwerp played in the post-war international avant-garde, where people like them often led a nomadic life but regarded Antwerp as a major anchor point.

Lamelas is an artist who remains internationally recognized as a key figure, as evidenced not only by retrospective exhibitions but also by his selection for the most recent Documenta, the absolute leading reference exhibition for developments in the global art scene. 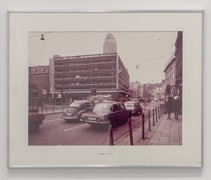 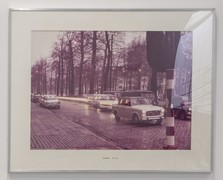 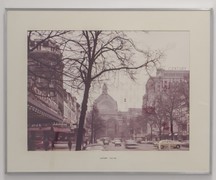 07 June 2019 - 15 September 2019.
AMBERES – Roberto Bolaño’s Antwerp An exhibition inspired by a novel, a city and a scene Artists include: Anne-Mie Van Kerckhoven, Im 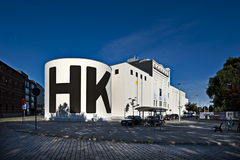 Discover these artworks in and around the museum.