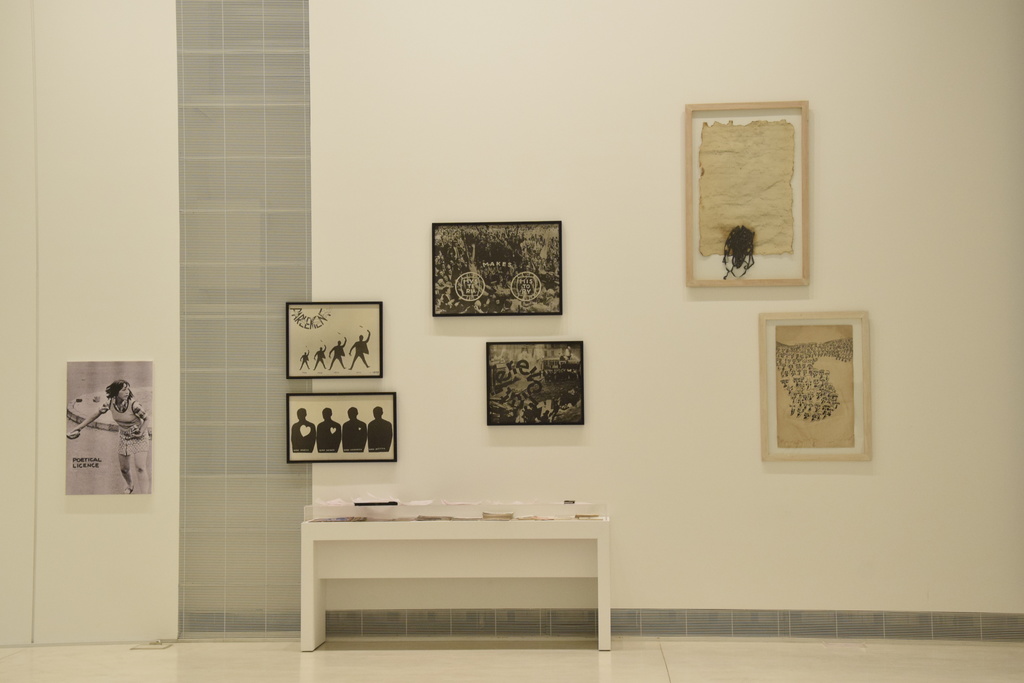 This notion emerged from a work by Sarenco when we were pairing him and Paul De Vree with Costis, during a reflection on visual poetry.

Poetical can be interpreted as the license to break, extend and ignore the pre-existing rules in the process of creating, primarily but not exclusively used in reference to literature. This license is the underlying precondition of all artistic evolution as it allows an artist to escape constraints and to add new paradigms. For authors working in the poesia visiva, poetical license became the vehicle for merging the written word with image and for the development of a new grammar that allowed signs from different origins. Poetical license as a gesture and symbol of limitless artistic freedom became a tool for political commitment.

The spirit of Sarenco’s iconic 1969 work Poetical License, is abundant also in the works of the other poets: in De Vree’s engagement with revolution and the need for it to remain in perpetual movement, in his concern about the population’s increasing mistrust of democracy and of the politicians’ power play and in exposing the sensationalism used by the media to manipulate facts and emotions; in Costis’ work where the people become an expressive mass and the word is transformed in a very physical silence.