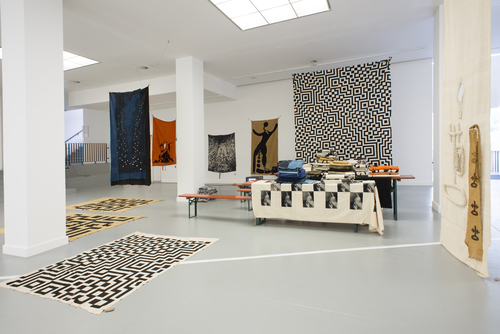 In 2015, several major works by Belgian, European, African, Asian and South-American artists were purchased. In shaping the M HKA collection, there is a focus on the avant-garde tradition in Antwerp (including Wout Vercammen) and the wider region of North-West Europe (with Charlotte Posenenske and Robert Filliou) from the 1960s onward, and on the importance of ‘performative’ art and the social commitment of contemporary art in the current multi-polar world (with Imran Qureshi, Ricardo Brey, Maha Maamoun and Vadim Fishkin). This has always been accompanied by a sharp focus on the nature and role of the image at the present time.

On the occasion of the three-part exhibition of work by Wout Vercammen – A well-considered idea of an exhibition – the M HKA purchased the whole of the third part, a series of vividly coloured pop art silkscreen prints. The images are related to news topics and are from magazines and newspapers. In each case, two parts were mounted one above the other. On the occasion of the exhibition on the ground floor of the M HKA by the German artist Charlotte Posenenske, one of her structures was purchased and she gave two others on long-term loan. Posenenske works in a tradition of constructivist and concrete art, and sought an innovative form of production and distribution. She wanted to bring about social change by means of art. When she realised that this did not work, she left the art world.

The museum has also acquired artworks by more recent artists who have built on this avant-garde tradition. For example, Danny Matthys has donated a great many of his earlier Polaroid works to the museum. This has given greater significance to the ensemble related to this artist. The already considerable presence of Narcisse Tordoir in the museum collection was supplemented after the exhibition called The Pink Spy. The artist donated the textile work Africeur de Bogolan to the museum, a piece that he made together with two Malian artists. The local Bogolan painting method is here used as a means by which to explore the painting medium. M HKA also purchased Tordoir’s painting entitled Ontploffing (Explosion), and he also donated the installation entitled Tekstkamer (personage observant le plafond).

A number of outstanding international works were also added to the collection. In the past year the M HKA has reinforced the Fluxus-related part of the collection with a large installation by Robert Filliou: 10 telegrams. This is a classic Filliou work and its acquisition means this artist is now reasonably well represented in the museum.

A five-part work by Maha Maamoun was also purchased: Cairoscapes. Using photography and video, Maamoun explores the gap between the representation and interpretation of certain events, the underlying political preferences and the hidden power relationships. The views of the city in this series look as if they were taken from inside a burka.

An installation by Imran Quereshi that was in the Don’t you know who I am exhibition was also purchased. This site-specific installation has a clear socio-political import. From close up it appeals to beauty, but from a distance it looks more like what might be the aftermath of a bloodbath.

Another addition to the collection is the pioneering work Untitled, Documenta IX, Kassel, Kassel (1992) by Ricardo Brey, which was restored for his solo exhibition ‘Op de bodem van de hemel’.

M HKA also bought a work by Vadim Fishkin that responds to the issue of climate change.

The VAC Foundation has also given M HKA another substantial donation this year, in the form of the video Tightrope, the puppet theatre Way of an Object, and Landscape, an installation by the Dagestani artist Taus Makhacheva.

The Friends of M HKA also donated a number of works, the most striking of which is Trotation, an installation by Jean Katambayi, a Congolese artist. It is a homemade machine that only works in one’s imagination. Its purpose is to remove the imbalance between the various continents. The artist says that when the Earth revolves on its axis and around the sun, those who are closest to the equator are at a disadvantage because their revolution is longer than those of people living further north. By adding a third, random revolution, he aims to upset this natural order and restore the balance.

And They Still Seek The T... 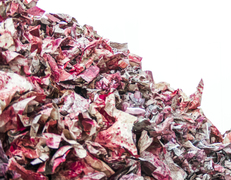 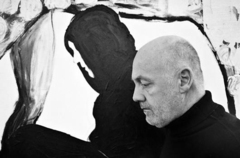 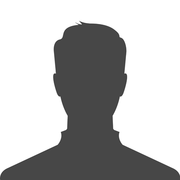 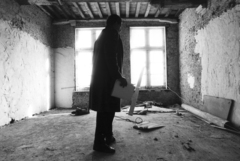