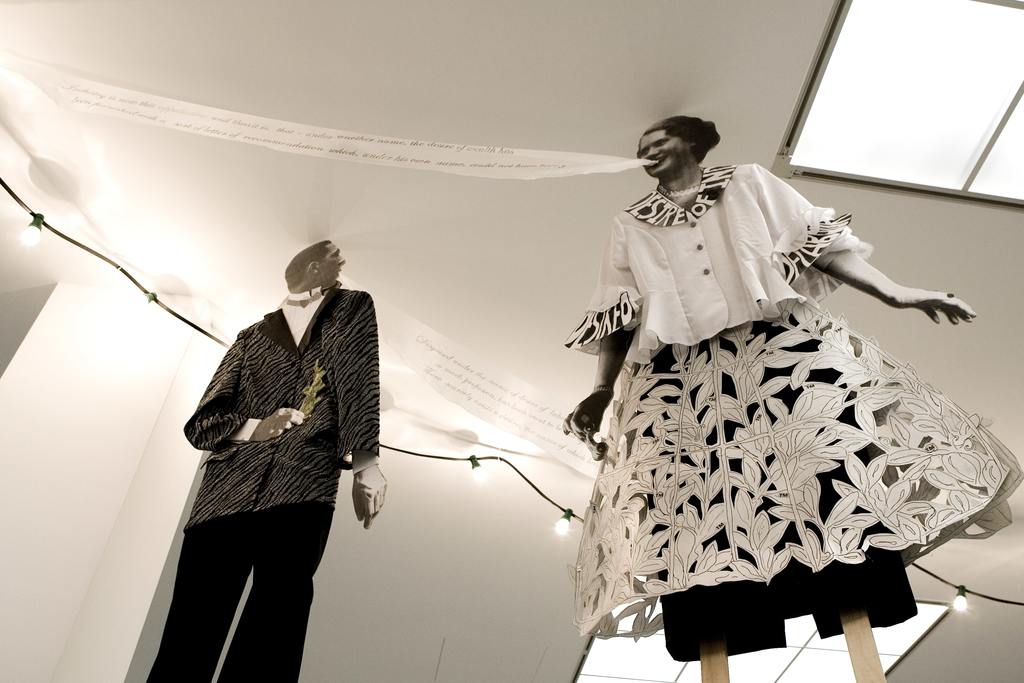 The German artist Alice Creischer was one of the key figures in the German politically engaged art of the 1990s and contributed to a number of collective projects, publications and exhibitions, most often in collaboration with her partner, artist Andreas Siekmann. Over the last twenty years, Creischer has focused on institutional criticism and the critical analysis of the economy and politics of the globalised world.
A central theme in Creischer's work is the uncovering of the processes and machinations of politics and business, and the underlying culture that determines them. To this end, she usually chooses a point of reference from real life, which, after a thorough investigation of the historical events and their interpretation, she incorporates into her own freely articulated story.
In The Greatest Happiness Principle Party Alice Creischer stages a fictional party organised by the Austrian Creditanstalt bank in 1931. The celebration was held at a time when the bank was on the brink of bankruptcy, an event that would trigger the second major global economic recession. The scene depicts a group of figures discussing, among other things, Jeremy Bentham's felicific calculus, a utilitarian theory of happiness. Behind them are two cloakroom employees. They are conducting a vigilant investigation into the consequences of this bankruptcy, such as the impact it will have on European strategies for German capital, the creation of the International Monetary Fund and the spread of the market economy model.