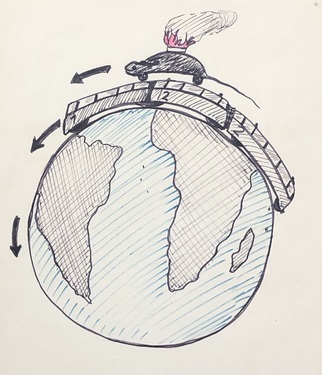 During a museum visit in the early 1970s, Chris Reinecke was suspected of wanting to set the building on fire. As was her habit, she was carrying some cod liver oil, a vitamin supplement, which was mistaken for petrol! After terrorist group RAF (Red Army Faction) made its appearance, a profound distrust of socially engaged art emerged. Reinecke, perhaps more than anyone from that period, embodies the ethical dilemma of an individual torn between art and activism.

“I am Indian, I am Vietnamese, I am German and I am Chris Reinecke”

In 1961, Chris Reinecke graduated from the École nationale supérieure des beaux-arts in Paris. Afterwards she went to the Kunstakademie in Düsseldorf, continuing her studies until 1965 in the studio of Gerhard Hoehme, where Sigmar Polke, Gerhard Richter and Franz Erhard Walther were also in training.

Through her then-husband, Jörg Immendorff, she met Joseph Beuys. She considered it strange that he taught in military costume and would go down into the cellar with his students to drink schnapps in a warlike fashion. It was a confusing period. While the RAF was arming itself, Reinecke was teaching women to solder and men to crochet. She does not believe in aura or genius. Through her playful use of trivial household materials, she started tampering with prevailing moral codes in both the field of gender and the relationship between art and the public. Phenomenology, the positioning of people and things, runs like a common thread through Reinecke's oeuvre and is closely related to her critical questioning of the position of the artist and art in society.

After a local conservative politician declared that people ‘should just build their own houses’, she came to her conclusions. Art is powerless against political reality. She joined the Mietersolidarität (solidarity with tenants) and responded to the general cynicism with, among other things, a design for mobile residential units. She used wool and a crochet needle to make a cocoon which could be hung between two lampposts. In addition, she designed a one-person cabin on wheels. “This helps everyone - you have your home and others have their peace and quiet!”

An important concept for Reinecke is 'changeability’. She is not interested in art that legitimizes the status quo – or her own oeuvre – to perpetuate the prevailing conditions, but in art that can exert influence on existing social structures. In just five years, Reinecke developed an oeuvre based on merciless self-criticism that quickly processes the insights gained, starting with the spatialization of painting, about participatory objects and installations, actions, teaching and social criticism.

She abandoned her art for a while but picked up the thread again in the eighties. For Reinecke, art is not an opportunity for finger-wagging, but an agitating ‘firemouse’ that can play a powerful role alongside the economy, politics and the media.

With special thanks to Chris Reinecke and Sebastian Schemann. For Chris Reinecke, for Isi Fiszman - for, not against. With kind regards, Lotte Beckwé

Click here to view the 3D file of the exhibition. 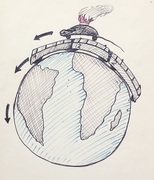 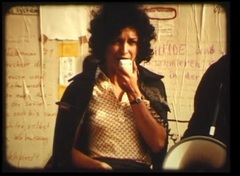