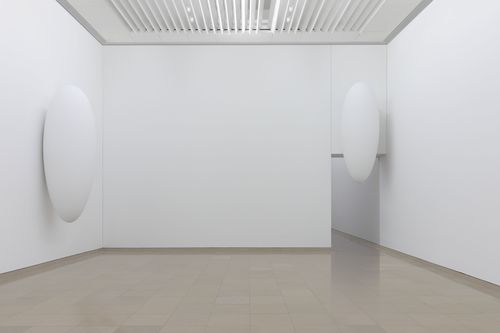 Performances in the exhibition space:

Tarik Kiswanson is a visual artist and a poet. His various bodies of work engage with subjects related to rootlessness, memory, learning, heritage and ultimately identity development. Always operating at the intersection of different cultural contexts, traditions and languages, his work poses fundamental questions such as: What is heritage? What is the body? How does memory operate? How are these notions affected by displacement and time?

Kiswanson’s new exhibition for M HKA, titled Anamnesis, includes drawings, sculptures, video, sound, performance and poetry. The term anamnesis refers to the idea of recalling moments from a previous existence. Our memory works in a non-linear manner, reproducing seemingly irrelevant passages and deeply concealed fragments. French philosopher Roland Barthes defines the phenomenon of anamnesis as ‘the action performed by the subject in order to recover, without magnifying or sentimentalising it, a tenuity of memory: it is the haiku itself’.

One of the central themes in Anamnesis is the notion of levitation, which is explored in the physical sense and also as a psychological state of mind. The exhibition consists of different constellations of artworks and ‘primary forms’ that are conceptually interconnected. The works reclaim time as they simultaneously alter our perception and bodily experience within the exhibition space.

Kiswanson has developed a new performance together with a Belgian-Moroccan boy named Mehdi Ben Ayad, with whom he previously collaborated in the film The Fall (2020). In the performance, the artist's most recent poetry book The Window (2022) becomes part of a script written in three acts performed in different languages. The texts relate to sensorial states and existential explorations of the human condition.

Tarik Kiswanson’s family emigrated from Palestine to North Africa in 1967, and later to Jordan, before finally arriving in Sweden in the beginning of the 1980s, where he was born. Kiswanson studied in London and Paris and today divides his time between Europe and the Middle East. His work stems from his own condition of being a second-generation immigrant shaped by the aftermath of diaspora. 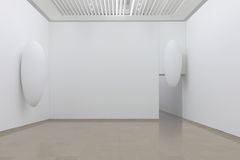