Exhibition: Jimmie Durham – A Matter of Life and Death and Singing 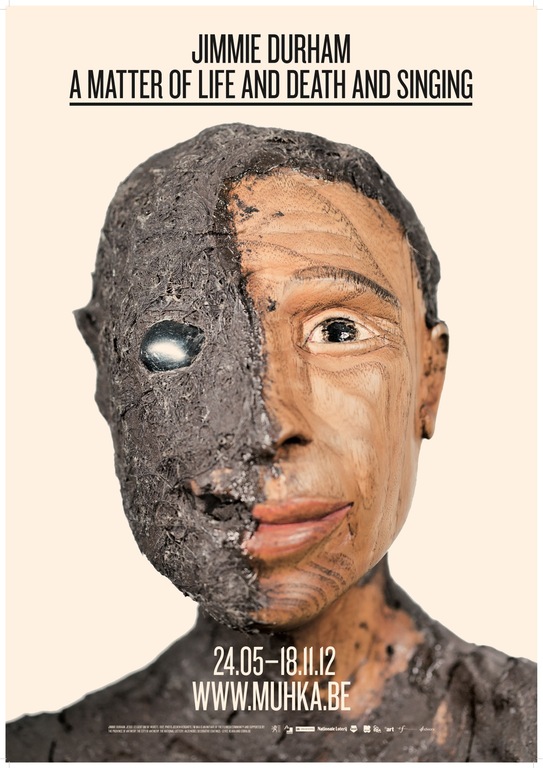 In the spring of 2012, the M HKA brought a major retrospective of the work of Jimmie Durham. The US-born artist settled permanently in Europe in 1994, after a turbulent period in which he alternated his artistic practice with an activist’s life in the American Indian Movement. His work is profound, yet accessible, political and personal, both on trend and beyond the prevailing trends. He asks uncomfortable questions about life and exerts a great influence on several generations of artists, curators, theorists and art lovers worldwide.

The M HKA brought the most complete survey of his work to date. The exhibition extensively highlighted his practice as an activist, essayist, poet, performance artist and sculptor, and devoted considerable attention to work from the 60s never previously shown in Europe and documentary material. The exhibition also subsequently travelled to different locations in Europe and Mexico.

A Matter of Life and Death and Singing mirrored Durham's seriousness and intellect, his aesthetic and political commitment, his inventive opposition to the architecture and other symbols of the state. It was all part of Durham's uncompromising commitment to what he calls the "thinking process of man."

> Jimmie Durham, I found these pieces of glass just outside what I believe must be the Villa Borghese, in Rome, 1997. Mixed Media, glass, paper, semi-precious stones, metal, 61 x 43 x 57 cm.