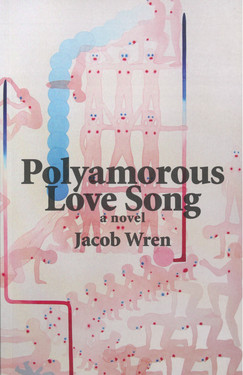 Polyamorous Love Song is a book of many narrative through-lines. For example: 1) A mysterious group, known only as The Mascot Front, who wear furry mascot costumes at all times and are fighting a revolutionary war for their right to wear furry mascot costumes at all times. 2) A movement known as the ‘New Filmmaking’ in which, instead of shooting and editing a film, one simply does all of the things that would have been in the film, but in real life. This movement has many adherents. Its founder is known only as Filmmaker A. 3) A group of ‘New Filmmakers’, calling themselves The Centre for Productive Compromise, who devise increasingly strange sexual scenarios with complete strangers. They invent a drug that allows them to intuit the cell phone number of anyone they see, allowing phone calls to be the first stage of their spontaneous, yet somehow carefully scripted seductions. 4) A secret society that concocts a sexually transmitted virus that infects only those on the political right. They stage large-scale orgies, creating unexpected intimacies and connections between individuals who are otherwise savagely opposed to each other. 5) A radical leftist who catches this virus, forcing her to question the depth of her considerable leftist credentials. 6) A German barber in New York who, out of scorn for the stupidity of his American clients, gives them avant-garde haircuts, unintentionally achieving acclaim among the bohemian set who consider his haircuts to be strange works of art. And yet each of these stories is only the beginning.

The novel is a stand along work that has no direct relation to any other artistic projects. However, thematically, it is Wren’s book that is somehow most related to his other artistic work. It is a book about artists and their relation to ethics, about the connections between art and daily life, and about the political and artistic implications of working and organizing collectively. It is really his book about art and artists, and also about sex and violence, which at moments seems to the author like precisely the same thing.

Creative Strategy: No Link to Artworks. 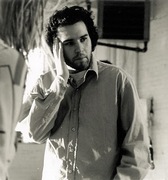