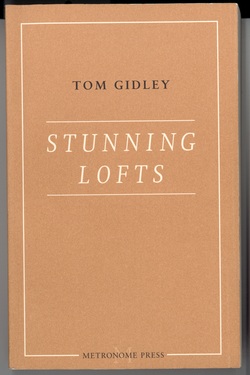 Two nameless protagonists talk about their lives in a series of alternating short chapters. Unaware of each other, and speaking from two different periods of time in London (one an office worker in the mid nineties, the other a homeless man shortly after the turn of the new millenium) their very different experiences begin to overlap and mirror each others’ in various ways. Both reach a point of crisis from which their lives draw inexorably closer together. Set in Central London at the turn of the twentieth century, Gidley’s Stunning Lofts is a story full of suspense and mystery. It follows the journey of two young men trying to grapple with the sprawling prolixities of a city undergoing profound changes. Ominous and melancholic, as the novel progresses, we are left unsure as to whether this journey will lead them to salvation or doom.

Writing and making visual art overlap significantly for Tom Gidley. They influence and inform each other. He has used extracts from his first novel in artworks, and the themes in it are clear in pretty much all his work of around the time it was written: in sculptures, painting and films, the same ideas keep coming up. Presently Gidley is completing a second novel called Peasouper, and again, the story mirrors aspects of the art he is making. This works in both directions –a sculpture work from 2009 shares the title of the next novel, and large sections of it have been written while making artworks (during a guest residency at the Rijksakademie in 2010, for instance). Also, the script for a new video work (for this year’s Whitstable Biennale) has grown out of writing his next book. 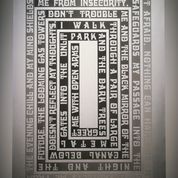 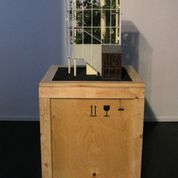 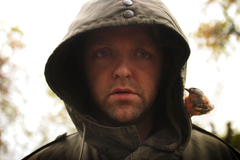 production still from a narrative video called In 'The Trees', the themes of which are very close to 'Stunning Lofts' and was written at the 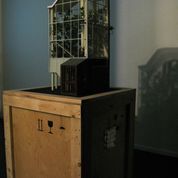 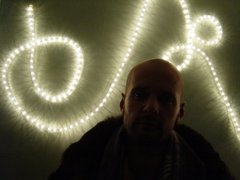