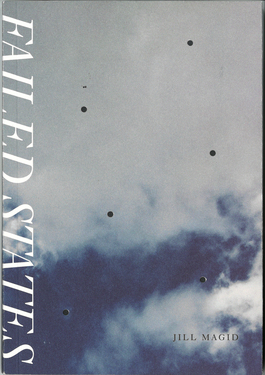 Failed States is an exploration of coincidence and poetics amid the barriers and bureaucracy of governmental power. While on a trip to research the history of snipers in Austin, Texas, artist Jill Magid witnesses a mysterious shooting on the steps of the State Capitol. Twenty-four year old Fausto Cardenas fires several rounds in the air before being arrested. The event becomes the background against which Magid, under the guidance of CT –editor at the Texas Observer and former embedded war correspondent for AP- starts her training to become an embedded journalist with the U.S. military in Afghanistan. Magid's non-fiction novel Failed States approaches the themes of transparency, secrecy and publicity through her personal desire to engage the war on terror and its media representation through becoming an eyewitness.

Failed States is also the title of a mixed media installation, which consists of multiple pieces, such as sculptural components, prints, video, and sound pieces. Magid mines Faust for thematic connections and develops a means of performative exhibition, treating the gallery as a stage to be read. Although Faust was originally written as a "closet drama" —a play to be read rather than performed, it is regularly seen on stage. Similarly, the motivations behind Fausto's act are known only to him, yet they have played out on an extraordinary scale. The exhibition functions on both of these levels, mingling personal and public, fact and fiction, Fausto and Faust. The artist extends Failed States beyond the gallery with two offsite projects. Failed States, the work from which this exhibition takes its names, was Magid's family car. The artist had her 1993 Mercedes station wagon armored to B4 level, resistant to 9mm through .44 Magnum gun fire. The car is an invisibly armored closet, installed where Fausto parked his car before approaching the Capitol. There is also a sound piece (plays on car stereo): The Deed, 6 channel audio work. Magid also published a work in the February issue of the political magazine Texas Observer, further extending her reach into the domestic spaces of subscribers. 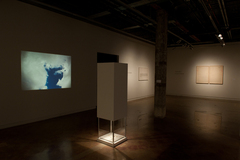 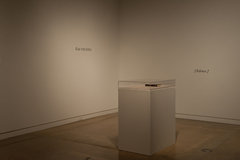 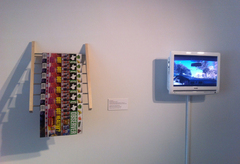 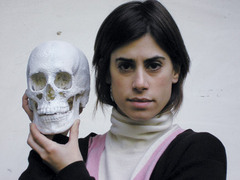