Scharrelaar / It is a roller 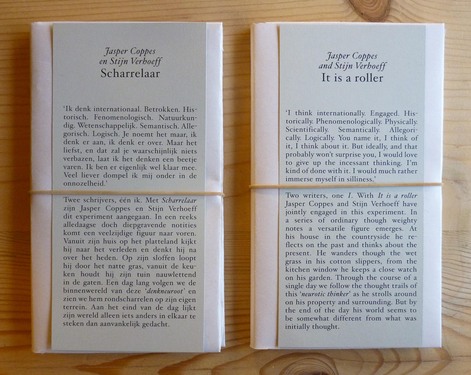 ''I think international. Involved. Historical. Phenomenological. Physical. Scientific. Semantic. Allegorical. Logical. You name it, I think of it, I think about it. But ideally, and that probably won’t surprise you, I would love to put an end to the incessant flow of thought. I’m kind of done with it. I would much rather immerse myself in silliness.'' Two writers, one I. With Scharrelaar / It is a Roller Jasper Coppes and Stijn Verhoeff have jointly engaged in this experiment. In a series of ordinary though weighty notes a versatile figure emerges. At his house in the countryside he reflects on the past and thinks about the present. He wanders though the wet grass in his cotton slippers, from the kitchen window he keeps a close watch on his garden. Through the course of a single day we follow the thought trails of this ‘neurotic thinker’ as he strolls around on his property and surrounding. But by the end of the day his world seems to be somewhat different from what was initially thought.

Scharrelaar / It is a Roller was written for the exhibition "There was a country where they were all thieves" and has been presented at Jeanine Hofland Contemporary Art in Amsterdam. This means that the books have come about and exist within an art context. For the exhibition one unique pair of books has been integrated into a spatial installation. We see the two books as autonomous artworks, not necessarily representing the medium of the novel. Although they formally remain novels. The preference for this medium arose because of its specificity; it allows for the work to be interpreted and encountered within a particular context. In other words, the novel has a specific way of communicating with its audience, the reader; it creates an intimate and private space. Still it is important to us that the work we make can be a performance, a film, or an installation too, depending on what medium is the most natural carrier for our ideas. In the case of Scharrelaar / It is a Roller the novel appeared to be a suitable form for the concepts we were working with. Finally, writing has become part of our art practice and we don’t consider it detached from it. 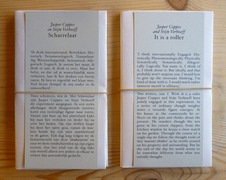 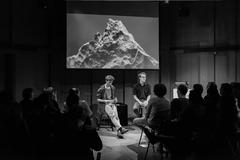 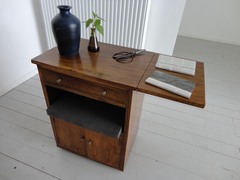 Installation view 'Scharrelaar / It is a roller', 2012