The Mythogenic Love of Castles, 2010 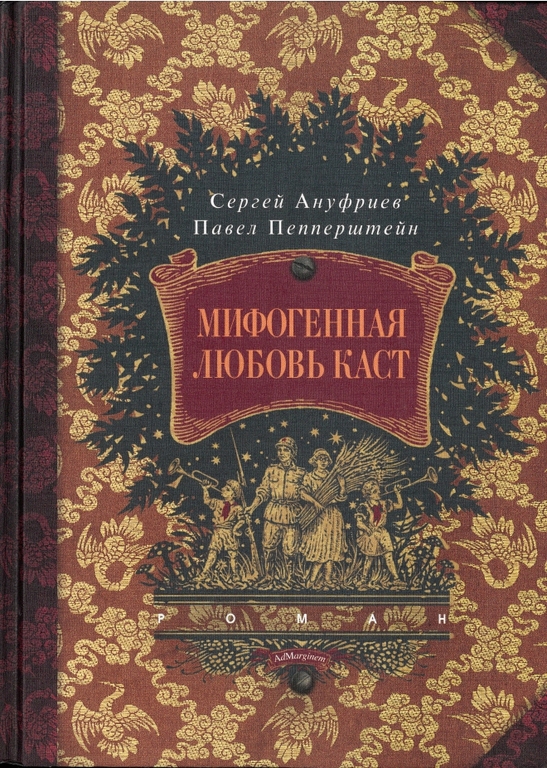 Literary synopsis *The Mythogenic Love of Castles* is a postmodern novel by two Russian avant- garde artists: Pavel Pepperstein (Pivovarov) and [Sergei Anufriev](http://www.conceptualism-moscow.org/page?id=1531&lang=en) (a leading artist on Moscow’s conceptual art scene). The novel is based on the references to Russian and World’s fairy-tales. It is an alternative version of Second World War. The real struggle is not troops and tanks – it is a war between ghosts and heroes of Western folklore and Russian characters of Soviet Children Literature and Slavic fairy tales. The main hero of the novel partorg (komissar) Dunaev after a serious wound becomes medium in this secret war. Relation of the novel to the artist’s practice “Pavel Pepperstein is capable of very subtle graphic work, inventive installations and even conceptualist erotica captured on film. Pepperstein writes novels – from the vast fantasy epic *The Mythogenic Love of Castes* (with S. Anufriev) to the exquisite refinement of his detective novel *The Swastika and the Pentagon* – and performs rap. But for Pepperstein both fine art and literature are only instruments of investigative activity. It is no coincidence that the association of authors from the Young Conceptualists group he founded in the 1990s adopted the emphatically bureaucratic- scientific title *Inspection Medical Hermeneutics*. Pepperstein is interested in everything – psychoanalysis (he is writing his own version of *The Interpretation of Dreams*) and Hollywood movies, the 'collective unconscious' of Soviet ideology and the philosophy of Moscow Conceptualism, the schizoanalysis of Deleuze-Guattari and Castaneda, Orthodoxy and Zen Buddhism, classical literature and contemporary youth culture. (..) The utopian future seen in the landscapes the artist has recently drawn with abandon seem appealing just because this future is profoundly domesticated and elements of diverse, highly influential and menacing ideologies appear homely, familiar as souvenirs from distant lands displayed in someone's apartment.” -Irina Kulik [Russian Pavilion "Victory Over The Future"](http://www.russian-pavilion.info/eng/pepperstein.html)