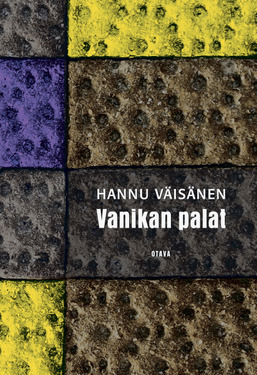 The Antero Trilogy's first volume of the fictionally autobiographical – or autobiographically fictional – trilogy novel Vanikan Palat (Pieces of Crispbread) focuses on Antero, a boy from Oulu (in the region of Northern Ostrobothnia, Finland) which is recognizable as Väisänen's alter-ego, and the artist's self-portrait of adolescence years. The novel describes Antero's childhood, growing in post-war Oulu, in the shadows of the barracks in 1950s and 1960s. It is here, in this military army uniforms and blankets, grey of the barracks environment where Antero, future artist, has to show his stamina and endurance, where he has to use his multiple senses which enable him to understand and create the world differently.

"Perhaps the fact that colors matter so much to both Hannu Väisänen and his alter ego Antero is due to his childhood, which was somewhat devoid of strong colours. In the single-parent family of an alcoholically inclined NCO, life in the austere post-war Oulu with its harsh winters was not exactly colourful. And yet the grey of the barracks, army uniforms and blankets is a colour, too, with an immense number of shades." 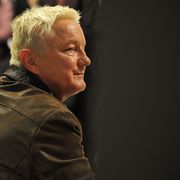