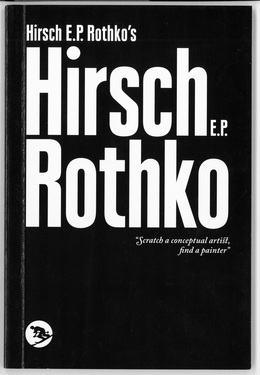 In late 2009, Christopher K. Ho embarked on a year-long project, where he moved from New York City to a rustic cabin in rural Colorado and took on the identity of “Hirsch E. P. Rothko,” an abstract painter. The goal was to become a ‘regional’ painter: a trained, talented artist who is aware of major developments in 20th-century art but who is not attempting to build a career in the elite world of contemporary art. In this manner, Ho deployed conceptual art against itself to liberate himself from its self-imposed constraints, and collectively propose regional painting as a viable model for contemporary practice. By replacing derivation—borne of lack of imagination—with emulation—a generous and generative act—Ho alleviated the ‘anxiety of influence’ and thus the need for the defensive maneuvers of conventional critique, including negation, subversion, and, above all, irony. Hirsch E. P. Rothko (an anagram of the artist’s name) also wrote a short book, published at the time the paintings debuted at Winkleman Gallery in 2010, wherein the author is a lightly fictionalized version of Ho himself. This character moves to Colorado and encounters an artistic milieu that thrives without any regard for the concerns of the East Coast elite. Well written and hilarious, the book is an easy read and contains a poignant polemic about regionalism. 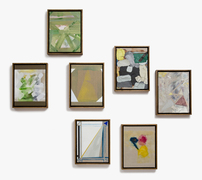 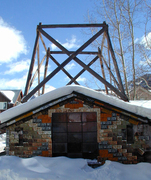 Yearlong sojourn living and working in a license plate shed