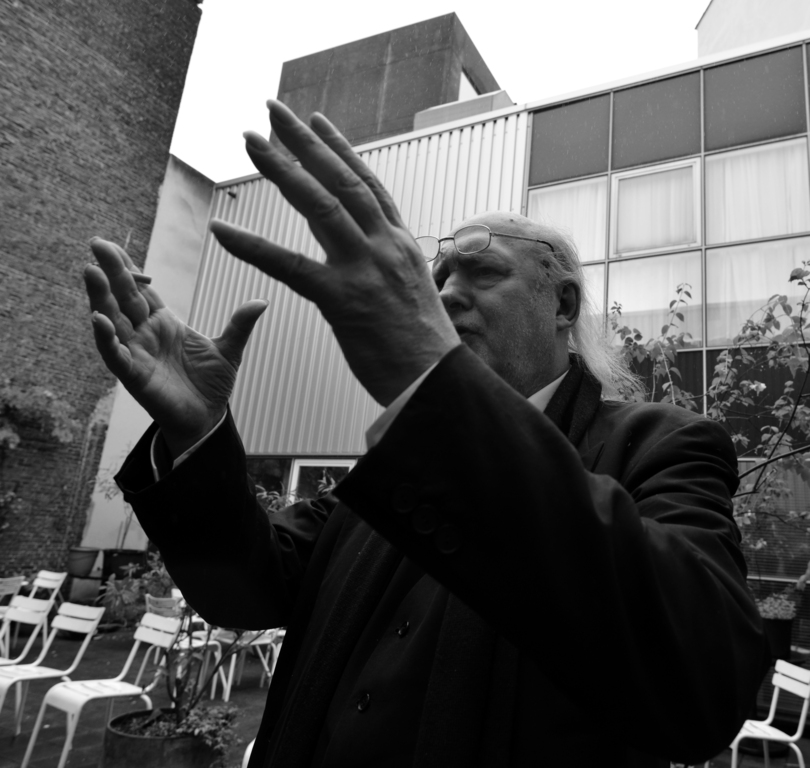 Antwerp visual artist Guillaume Bijl (°1946) attends a theatre course and initially works as a set designer and painter. From the mid-seventies, he starts his work on conceptual staging to transform the dramatic tragedy of everyday life into museum installations.

Using close reproductions of sales booths for mattresses, lampshades or toilet bowls, Guillaume Bijl reconstructs the clichéd seductiveness of the shop window as a museum installation. Bijl repeats this process using the uninspiring emptiness of a driving school, the amusing gaudiness of a dog salon and the painful gimmickry of television studios where happiness made of plastic and cardboard is won. He draws inspiration from the day-to-day reality of his surroundings in an effort to explore the dividing wall between the reality of the social and its counterpart in the arts. At the same time he challenges the viewer's sense of critical judgement, which is all too easily led astray by the dazzling banality of commercial consumer society. Window dressing and keeping up appearances have pushed reality so far over the edge that whether or not a thing is true is a question that has ceased to be asked.

In addition to these conceptual installations, Bijl also photographically reconstructs reality, with his photo presentation 265 Belangrijke en minder Belangrijke foto’s uit de 2e helft van de 20ste eeuw [265 Important and less important photos from the second half of the 20th century], based on photographs found in cheap development laboratories, serving as a good example. The artists opts to converse with reality by reconstructing a sham reality as art.

>"I remain essentially an anarchist and you have to be a bit of an anarchist to understand my work... and have a sense of humour. I am one hundred percent committed." - Guillaume Bijl