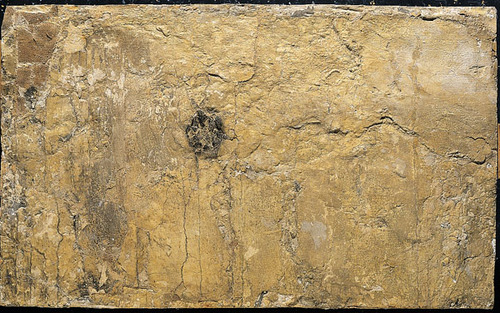 Studies painting at the Athens School of Fine Arts (Yannis Moralis’ workshop) and attends mosaic tutorials by Eleni Voila (1956-1961). She continues her studies at the Ecole Nationale Superieure des Beaux-Arts in Paris, having obtained a scholarship from the French government and from the National Organisation of Greek Craft (1961-1967). She begins to work with mosaic and in 1966 she realizes her first solo show of mosaics at Paris’s Gallerie des Beaux Arts. In the Seventies she turns her attention towards unconventional surfaces and materials. In 1975 she realizes the detachment of her first wall segment at her house in Pangrati, an action which plays a defining role in her work.

From then on she intervenes mostly with pencil on ready-made materials such as used wood, oil paint, sheet metal, rusty iron, detached wall surfaces, creating the large unit of works Episodes in Matter (1974-1981). Within the framework of the same unit of works, she uses drawing and photocopies in order to explore the antithesis of light and dark and the different qualities of matter. From 1980 and after she focuses on the contrast between different materials, the colour variety and volume of material surfaces upon which she works. She starts to create the unit of works Images through Matter, which she is still developing to this day. In the Nineties she uses the main principles of her practice in order to create large installations and environments.

In 1993 she is elected professor at the Athens School of Fine Arts, and she also becomes the first woman in charge of a department there (Director of the 3rd Painting Workshop). She has presented her work internationally in solo and group exhibitions (Europalia, Brussels, 1982, Sao Paulo Biennale, 1983, Flashback, Macedonian Museum of Contemporary Art, 2009, Photocopies Directly from Matter, National Museum of Contemporary Art, Athens, 2011 et al.). 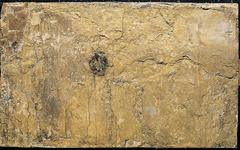 POLITICS OF EXPERIENCE This subject entered the discussion in relation to the works of Guy Mees and Rena Papaspyrou, Rustam Khalfin &