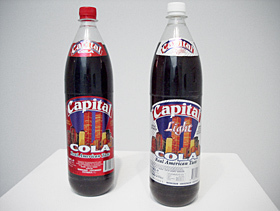 In the fourth chapter, which is presented during the summer months, it is the turn of the Antwerp artist-architect Luc Deleu (°1944, Duffel). In 1966, Deleu received his architect's diploma but soon distanced himself from the world of architecture, which he thought to be set in its ways.

With his sometimes ironic and sometimes highly committed Proposals, Advice and recent projects, he comments on existing situations by formulating alternatives for them. In addition, he experiments with scale, perspective and volume: at first rather modestly with Lego brick constructions, later by way of monumental works with transport containers as building bricks.