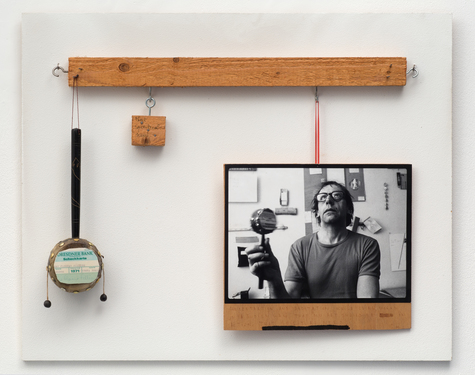 In the coming years, M HKA will dedicate a series of exhibitions to key figures of experimental art in the second half of the twentieth century, all of them also important presences in Antwerp in the 1960s and ’70s. We begin with the French poet, playwright, artist and thinker Robert Filliou (1926–1987). This autumn, we mount the first comprehensive survey of his visual oeuvre in Belgium, with more than 100 original works and multiples from public and private collections across Europe.

More radical, more fundamentally provocative, but also subtler and gentler than most of his contemporaries and peers, Filliou should be a household name for a large audience. With this exhibition we want to show today’s and tomorrow’s viewers that Filliou is not just one of the most influential artists of the recent past. He is a voice for our time, speaking of the political and poetic economy, of curiosity and research as more than ‘a privilege for those who already know’, of conviviality and play but also of loneliness as a productive and even desirable state.

Filliou is often associated with Fluxus but never ‘belonged’ to this or any other movement or group, although he worked closely with friends such as the artists Daniel Spoerri and Dieter Roth, the composer and artist George Brecht, the poet Emmett Williams or the architect and artist Joachim Pfeufer.

Together with his collaborators – first among them his wife Marianne Staffeldt Filliou – he coined many concepts and immediately enacted them in his work, among them the Eternal Network (of like-minded people all over the world); the Genial Republic (whose territory can be claimed by anyone at any time);the Principle of Equivalence (a direct attack on the primacy of aesthetic judgment in Western culture: “It doesn’t matter if something is well made, badly made or not made at all”); Teaching and Learning as Performance Arts (the title of a book from 1970) and, perhaps most importantly, Permanent Creation.

It was Marianne who once remarked: “You’re artists when you create. But when you stop, you’re not artists anymore.” Filliou realised the need to break with the conventional understanding of creativity as something exclusive and out-of-this-world. One of his multiples bears the inscription, ‘Art is what makes life more interesting than art.’

If this sounds like Zen Buddhism, it is no coincidence. Filliou had first-hand knowledge of the Far East. He trained as a political economist in the US after the war and was part of the UN team that authored ‘A Five-Year Plan for the Reconstruction and Development of South Koreain 1953’, before quitting this career to live the precarious life of the free spirit. And his premature death interrupted a retreat to a Buddhist monastery meant to last three years, three months and three days.

The Secret of Permanent Creation is not just a tribute to Robert Filliou’s art and thinking but also a reminder of his close relations with Belgium. He had two solo exhibitions at Wide White Space Gallery in Antwerp, in 1971 and 1972, and collaborated for many years with Editions Lebeer-Hossmann, an art publishing house in Brussels. His work can be found in several Belgian private collections as well as in the M HKA collection.

The exhibition is organised by Anders Kreuger, Senior Curator at M HKA, in consultation with Paris-based freelance curator Cécile Barrault. M HKA thanks all the lenders for their generosity, not least theRobert Filliou Estate, managed by the Peter Freeman gallery in Paris. The catalogue, co-published by M HKA, Mousse Publishing and Editions Lebeer-Hossmann, is based on a previously unpublished long interview that Irmeline Lebeer made with Robert Filliou in 1976. 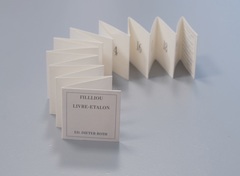 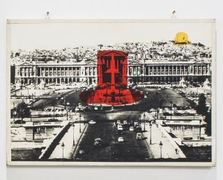 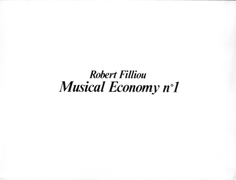 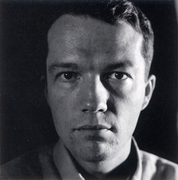 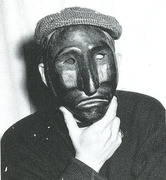 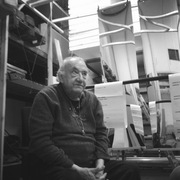