Richard Wright, "The Color Curtain: A Report on the Bandung Conference" 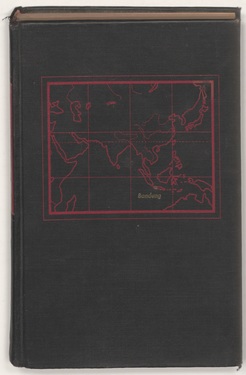 On April 18-24, 1955, leaders from twenty-nine Asian and African countries, most of which were newly independent, gathered in Bandung, Indonesia, for the first large-scale Asian–African Conference, also known as the Bandung Conference. The key organisers of the meeting included Indonesia, India, Pakistan, Burma, and Ceylon (Sri Lanka). The participants of the conference aimed to promote Afro-Asian solidarity against any form of colonialism and neo-colonialism, as well as to foster economic and cultural cooperation in the regions. The book by African-American writer Richard Wright (1908-1960) is a first-hand account of the conference. The Color Curtain contains five chapters: 'Bandung: Beyond Left and Right', 'Race and Religion at Bandung', 'Communism at Bandung', 'Racial Shame at Bandung', and 'The Western World at Bandung'. The focus on two particular issues – ‘race’ and ‘religion’ – runs through the book. In the second chapter Wright states: "As I sat listening, I began to sense a deep and organic relation here in Bandung between race and religion, two of the most powerful and irrational forces in human nature". Other chapters tackle the complicated relationships between the communist atheism of some participating countries and strong dedication to Islam of others, and the feeling of inferiority experienced by some black participants. He also notes the presence of Western influence on the event, although he describes it as rather limited. Meanwhile, Wright’s travel expenses to Indonesia were, it seems, covered by the Congress for Cultural Freedom. The main press organs of the CCF published Wright’s reports in Encounter, Preuve and some other magazines, before they were published as part of this book. 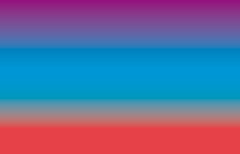 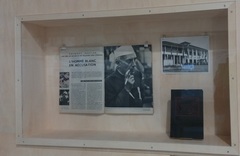 On April 18-24, 1955, leaders from twenty-nine Asian and African countries, most of which were newly independent, gathered in Bandung, Indone 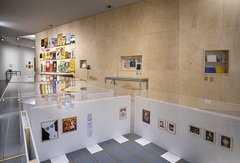