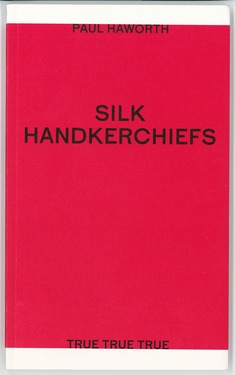 Literary synopsis *Silk Handkerchiefs* is the first in a trilogy of short comedy novels by Paul Haworth. Narrator Alex ‘Abs’ Brenchley is unafraid to tell, show and give all. Alongside episodes about his youth at Westminster School, sexcapades in St James’s Park and Victoria Station, and life as one of the art world’s so-called Nutty Solitary Men, *Silk Handkerchiefs* weaves its story of one fateful day in the life of Alex Brenchley...a day of tragedy, violence and the promise of LOVE. The narration richly fuses Cockney, hip-hop slang and verbose Dickensian English. The book offers a delirious account of 21st-century anxiety at its most extreme and hysterical and captures the London of 2007 as if it was only yesterday. Relation of the novel to the artist’s practice The character and story of *Silk Handkerchiefs* have been developed through radio shows, YouTube videos and short stories written by Haworth since 2003. In 2007 Haworth started a MySpace page: the idea was to tell a story through photos, layout, blogs, and profile music. That summer he lived with Sam de Groot, who had just published his first book through TRUE TRUE TRUE. He liked the writing but MySpace and its design was anathema to him, so he said he would publish it if it was made into a book. In Haworth’s words: “The writing has found its right place and direction; I guess one of the things which interests me in art – and certainly I do get it wrong, often – is finding the right place for an idea: painting, book, T-shirt, rap, poem, evening.” A performance of *Silk Handkerchiefs* took place at the Barbican Art Gallery in London in July 2008, as part of The House of Viktor & Rolf. [Novel website](http://truetruetrue.org/#silk) [Youtube](http://www.youtube.com/silkhandkerchiefs) 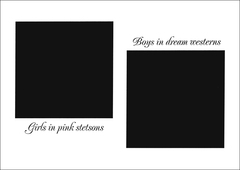 Click here to watch the trailer of 'Silk Handkerchiefs'. 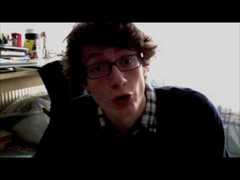